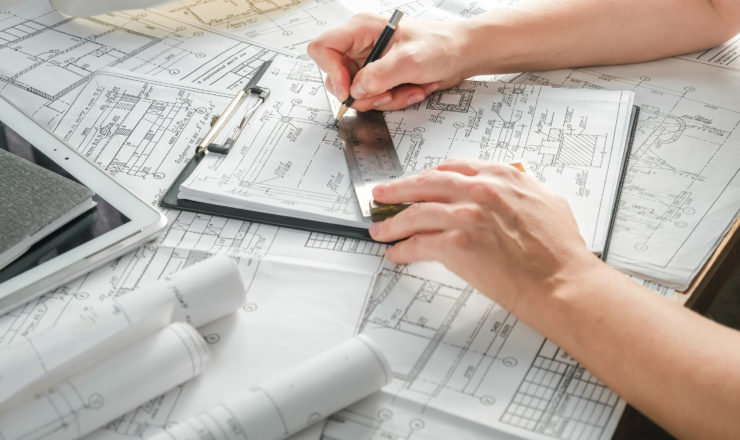 “Accept payments from customers in over 202 countries without the hassle of having to accept foreign cards.”

Coming up with a good set of architectural plans is one of the first steps in designing a building. A site plan, or study, may be done first so that there is adequate knowledge obtained about the site before the final plans are made. Once the site has been inspected, the plans can be drawn up based on the available space. On occasion, this can radically alter the plans from the initial design, but most changes due to site limitations will be relatively minor.

A contractor relies on architectural plans to build his projects.
Architectural plans will often be very specific as far as the materials used. This is because the designer is going for a certain look, requiring strict adherence to the plans. Any deviation from the plans a contractor may wish to execute should only be done after a consultation with the architect or owner, and with good reason. Some changes may require an entirely new set of architectural plans so that the overall look remains seamless, but this is usually rare.

Architectural plans include floor plans outlining the position of each room.
In most cases, architectural plans will be prepared by a licensed architect, and then approved by the owner of the project. This gives two levels of review before the plans are actually used in the construction process. Once the plans have been approved, different contractors may be asked to bid on the project. The plans are very important for the contractor, as the price quoted will greatly depend on what is shown in the documents. Without accurate plans, there is no way to determine a fair estimate for the work to be done.

You Can Talk To Us About Funding Your Project